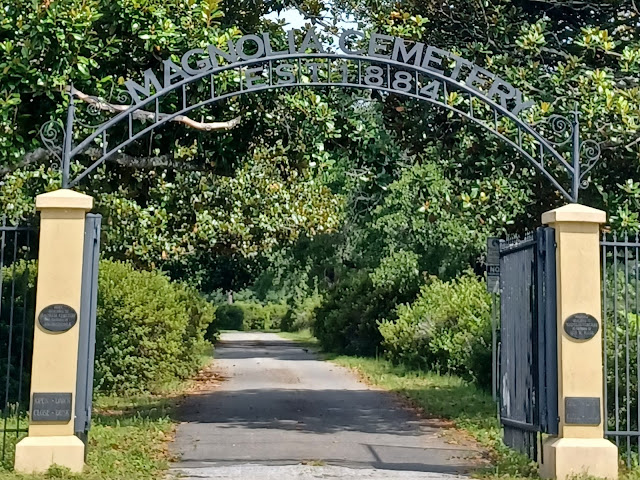 All photos by Tammy Kearce
A warm spring breeze and bright blue skies greeted visitors who gathered in DeFuniak Springs, Florida,  to tour Magnolia Cemetery with Coordinator Christopher Mitchell. Established in 1884, Magnolia Cemetery is the final resting place to interesting individuals and historic figures spanning more than a century.

The Buried American History Tour featured a Florida Governor; an early Chautauquan and Consul General to Edinburgh Scotland; a slave reported to have fathered more than 100 children; A Ripley’s Believe It or Not “human flag;” and a doctor who impacted national medical culture.

Florida Governor Sidney J. Catts was inaugurated on January 2, 1917, and was the first Florida governor since 1877 to represent a political party other than the Democratic Party. Catts was a member of the Prohibition Party and his was the first political campaign to utilize cars instead of the traditional horse and buggy making him able to visit more rural communities and garner more votes. 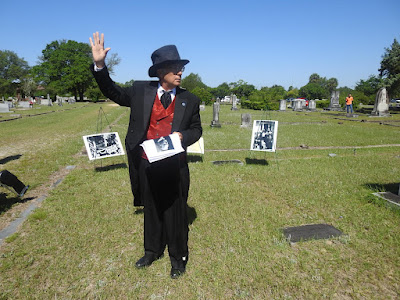 Catts has been interred in Magnolia Cemetery since his death in 1936.

Consul to Edinburgh Scotland from 1889 until 1893, Wallace Bruce was instrumental in bringing the Florida Chautauqua to DeFuniak Springs and was its president until his death in 1914. Born in New York in 1844, Bruce was a scholar, author, poet, lecturer and visionary who saw great things for DeFuniak Springs. 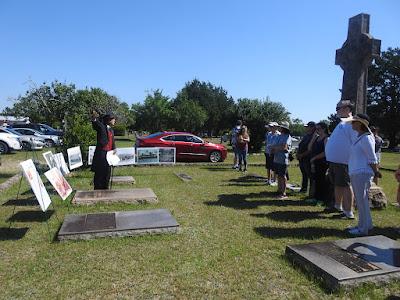 Tom “Big” M. Stockman was a slave from Angola Africa who is reported to have fathered 136 children, one of which, Carrie B. Oates, is buried beside him. Stockman was brought to Mobile Alabama aboard the Clotilda, the last known slave ship to arrive in North America. 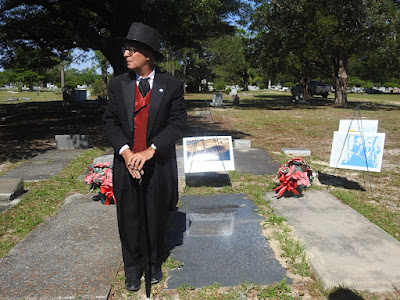 Descendants of Stockman attended the cemetery tour to honor their ancestor and learn more about his life. Stockman died in 1936 and is interred in Magnolia Cemetery.

Perry Biddle was known at age 90 as Ripley Believe it or Not’s “Human Flag,” and could perform incredible physical feats well into his nineties.  His home, “The Biddle House,” at 203 Scribner Avenue was added to the National Register of Historic Places in 1992 and features a largely symmetrical design, a cross gable roof and a frieze. 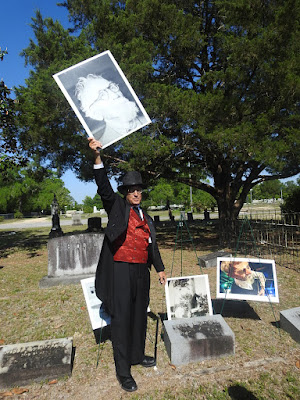 Biddle has been interred at Magnolia Cemetery since his death in 1945 at age 98.

Dr. Ralph Spires came to DeFuniak Springs as a youth and attended Walton Senior High School graduating in 1923. He later attended the University of South Carolina and received his medical degree from Columbia Medical School. Spires returned to DeFuniak Springs to begin his medical practice in 1929 and went on to open Lakeside Hospital in 1939 bringing up-to-date medical practices to the local area and pioneering the modern concept of birthing centers. 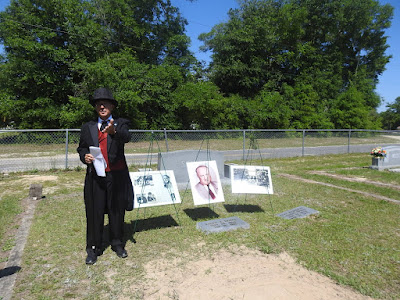 Spires has been interred at Magnolia Cemetery since his death in 1966.

To learn more about Magnolia Cemetery, its residents, events and/or volunteer opportunities, visit the City of DeFuniak online at DeFuniakSprings.net. or email Coordinator Chris Mitchell at cemeterycoordinator@defuniaksprings.net.